‘Every barrier in the world went up overnight’: Some bands are skipping the UK because of Brexit 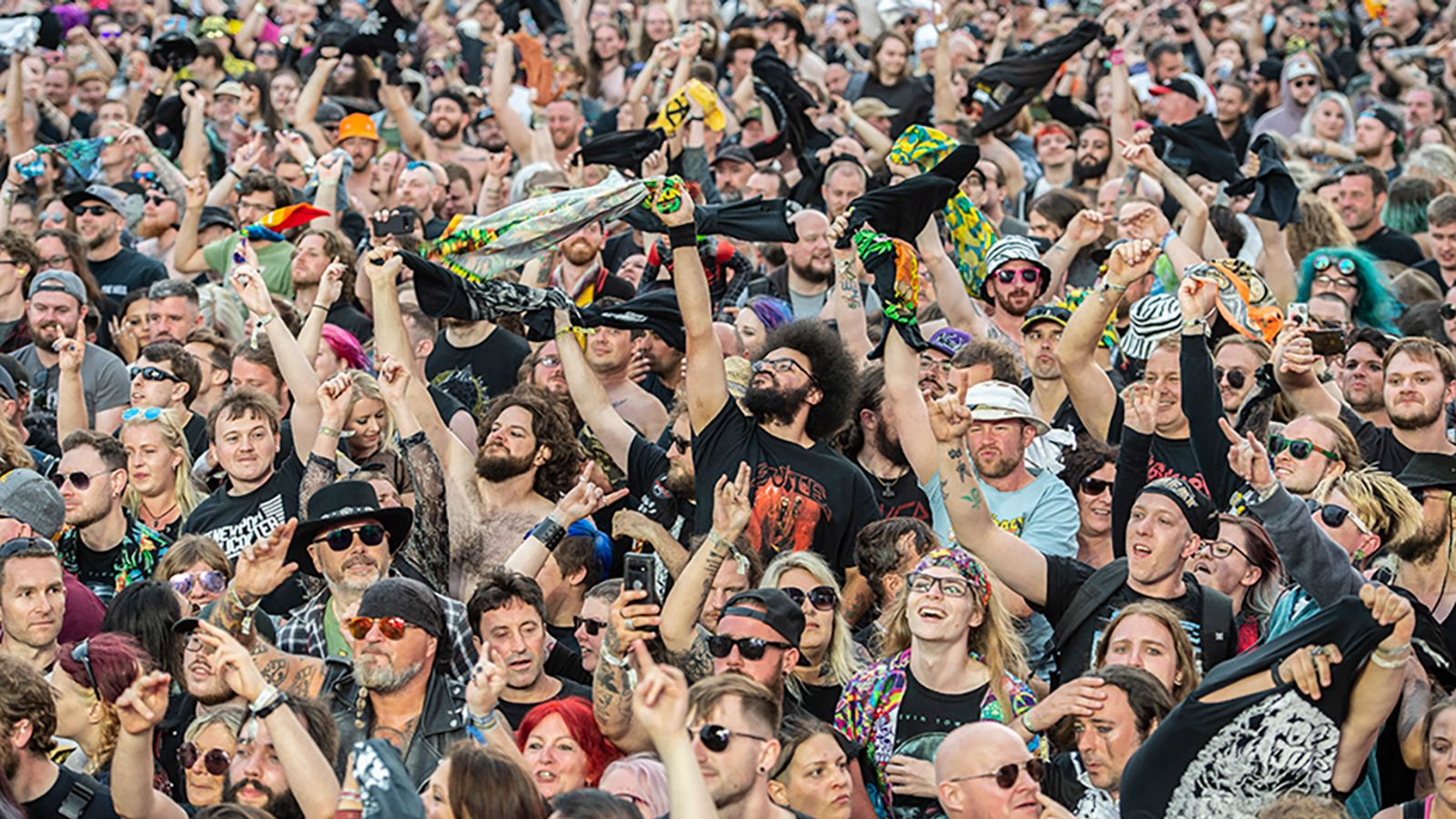 It has been three years since the UK last enjoyed a full fixture of festivals – from local line-ups to the likes of Glastonbury and Download.

But while the COVID restrictions have faded away and the summer is rammed with events, industry figures are facing fresh challenges – and ones they predicted back in 2019.

“Our festival was organically growing, you know, everything was working great,” says Adam Gregory, one of the directors of award-winning British rock and metal festival Bloodstock. “There was no real big blockades that we could say would stop a festival from being successful.

“Then Brexit came along, and literally every barrier in the world went up overnight.”

It is a sentiment echoed across the music business, whether it be from renowned acts like Elton John to smaller bands and those working behind the scenes, that festivals are harder to put on and play post-Brexit.

And while the philosophical argument over leaving the EU has been fought and won, there are now practical problems those involved with the industry want to be addressed.

One of the main issues is bands of all sizes now need a carnet – an international customs document – to be allowed to go between the UK and EU with all their equipment, costing a minimum of £600.

And even acts flying in from the US for the European festival season have to consider whether it is worth adding a British event to their schedule.

“Some bands that we know have actually not come to the UK because of the headache,” says Mr Gregory. “They just can’t be bothered with it.

“I’m not saying that it is a tremendous amount, but you only need one or two to start that momentum going and all of a sudden the UK becomes one of those countries that just isn’t added to the schedule.” 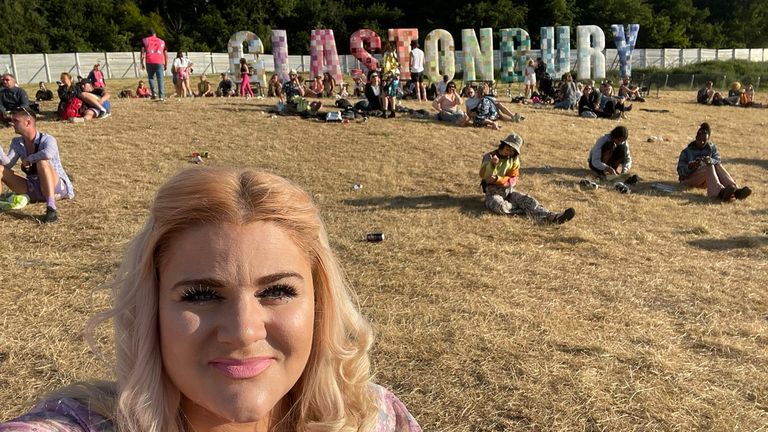 Image: Labour MP Alex Davies-Jones has been travelling to and speaking with festival organisers about Brexit

‘Bands are skipping the UK’

Labour MP Alex Davies-Jones, who has been working with the festival directors on the issues they are facing, echoes his fears.

“If somebody’s on a European tour, normally they would have used the UK as a stop-off, bring all their equipment, bring their set, do one of these festivals and then head off on to their next destination,” she says.

“That can’t happen now. They’re skipping the UK because it’s just too complicated. It’s different rules, different regulations, too much red tape and it’s preventing us from having these world famous acts at our festivals and from finding new incredible music.”

Justine Jones, lead singer of British band Employed to Serve, says the new paperwork ramps up how much they have to spend to travel to festivals on the continent, and she knows European counterparts facing the same to come here for our calendar defining events.

“Bands have to get carnets to literally list every single instrument, pack of strings, battery packs and more, with the make and with the serial numbers,” she said.

“We had to pay a professional company to do that and that cost us just under £1,000.

“And the carnets only last a year, as well as only covering a certain amount of crossings, so if we go over that, we have to buy a whole new one.” 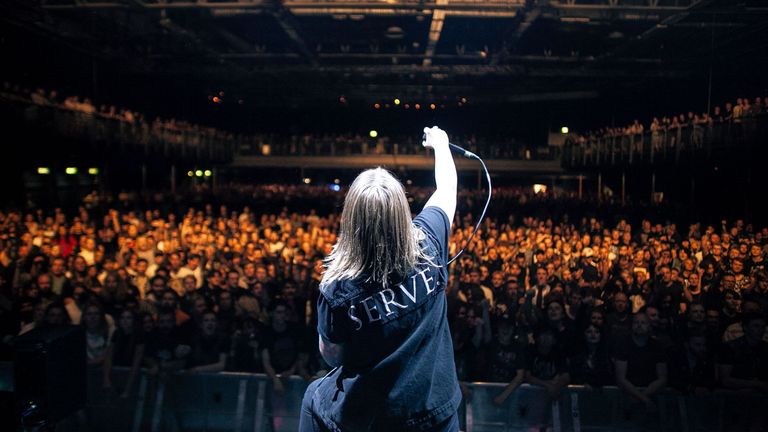 ‘We aren’t the only ones cancelling shows’

But it isn’t just the preparation that is a costly and time-consuming nightmare.

“When bands head out, they have to join the queues with the truckers so, even when it isn’t the chaos we’ve recently seen at Dover, we can be waiting hours,” says Ms Jones.

“Obviously these people have got lorries of goods, say for Ikea or something, and we’ve only got a little van’s worth of gear. But we still have to wait in the queue with them and they have to literally go through every single item we have.”

It is the same with air travel too, and the added hoops they need to jump through can often lead to confusion.

“We had to cancel our appearance at Resistance Festival in Spain because an airline lost our equipment,” says Ms Jones. “And we aren’t the only ones. It has happened to people coming to play in the UK.”

Alan Hungerford, whose company, Freight Minds, provides touring logistical and freight support to artists such as Queen, Adele and Gorillaz, describes how different it is for his clients post-Brexit.

“Let’s say, you’re doing a festival in Portugal on Saturday, to fly a charter jet into the UK on a Sunday for another festival is now incredibly hard work,” he says.

“These shows used to be fly straight in, straight to the show, load in, go on stage, come off and go again. Now you’re you’re losing hours – I can say realistically 12 hours for customs clearance combined – which can obviously have a knock-on effect on shows, which means artists are having to book less shows.

“You used to be able to go Belgium to the UK overnight. Now you’ve got to think about it, look at the situation at Dover and say ‘Are we going to make it to that festival’?”

Hungerford said the concerns affect all bands, big and small, and there is still a lack of clarity around the rules.

“British customs staff don’t seem to have been trained properly on how to process carnets,” adds Hungerford.

“There certainly hasn’t been any government support or any clear guidance as to whether you need a carnet or whether you don’t.” 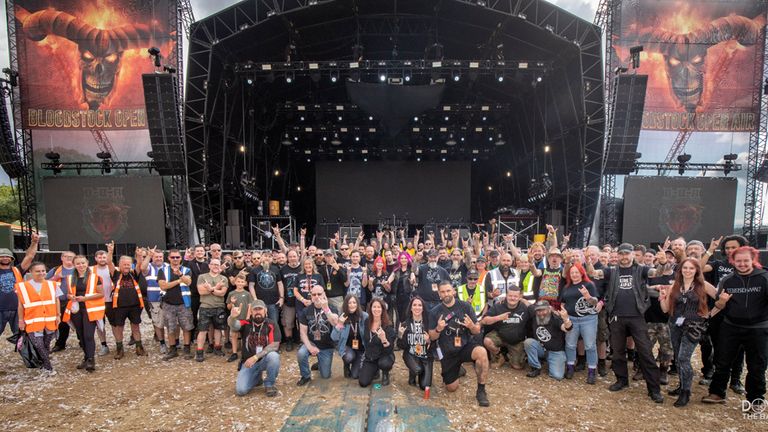 Image: The combination of COVID and Brexit has made it harder to find the army of staff you need for a festival, says Bloodstock’s director. Pic: Steve Dempsey

It isn’t just the travel of equipment and their owners that is causing difficulties for festivals post-Brexit.

Ms Davies-Jones says organisers from both regional and mammoth events, including Glastonbury, told her their number one concern was staffing.

“Part of it is a result of COVID,” she says. “A lot of people ended up having to go and get other jobs because the music industry shut down.

“So skilled staff, like riggers, lighting engineers, sound engineers, techs who had the experience in putting all of this on, left the industry, meaning you’re losing that skillset at the high end of the spectrum.”

However, it is not just the technical crew who make a festival function.

“The staff who are needed for the day in, day out running of an event, setting up, the cleaners, security, the people who you rely on to run an event like that were coming over from Europe,” she says. “They are just not there now.”

Hungerford agrees that staffing has impacted the industry, saying: “I was at an event up in Sunderland a couple of weeks ago and we were expecting 52 crew to turn up for the night shift to break down the stage. Only six showed up.

“Everyone had to work four times harder to get a job done. It took two days longer than it should have done.”

Mr Gregory says lots of his fellow festival organisers have had to cancel events due to the lack of staff.

“The combination of COVID and Brexit has wiped out a lot of people that previously had jobs within the music sector or the entertainment sector,” he says.

The festival director adds it has been a “very worrying, very trying time” and the end to seasonal workers coming over to work a summer of events has led to “very hard work unnecessarily for an industry that brings in billions of pounds annually to the economy”. 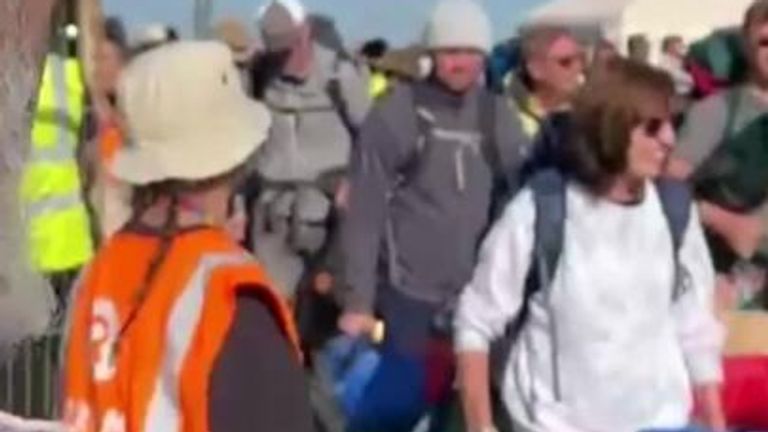 So what could be done to help those involved in festivals to ensure the British scene continues to thrive, not just this summer, but in the summers to come?

“Freedom of movement needs to be sorted out certainly for the arts and entertainment as an industry,” says Mr Gregory.

“There’s a lot of lobbying going on trying to gain some support, but it just seems to be very much falling on deaf ears. It’s not really getting anything other than lip service from the government at the moment.

“The industry needs help now. Not not in a year’s time or two years’ time, it urgently needs that help.”

Ms Davies-Jones also says a seasonal worker programme should be introduced to ensure festivals can bring the staff over from the EU like before.

“We’ve got all these festivals and events and all of our leisure industries really struggling at the moment,” she adds.

“Our cultural activities are all suffering from the same thing – struggling to get good staff for jobs people here don’t want to do.

For Ms Jones, it is more personal: “The pandemic highlighted how much people relied on the music to get them through such a trying time,” she says.

“Now everything has ‘gone back to normal’, it’s just all been forgotten and it has all been taken for granted.

“The festival industry and the music industry makes billions for the UK.

“We need to nurture that, the top artists and the grassroots artists, especially people who come from working class backgrounds, who don’t have people to pay for stuff, but who have so much to bring to art and music – it’d be a crying shame for people like that not to be heard at festivals.”

We put these concerns and demands to the Department for Digital, Culture, Media and Sport, and a spokesperson said: “We are supporting the UK’s brilliant musicians to adapt to the new arrangements and make touring easier and have made the case to every EU member state about the importance of touring.

“24 EU Member States, including the biggest touring markets such as Spain, France, Germany and the Netherlands, have confirmed they offer visa and work permit free routes for UK performers and other creative professionals.

“We are continuing dialogue with those few remaining countries which do not offer visa or work permit-free routes.” 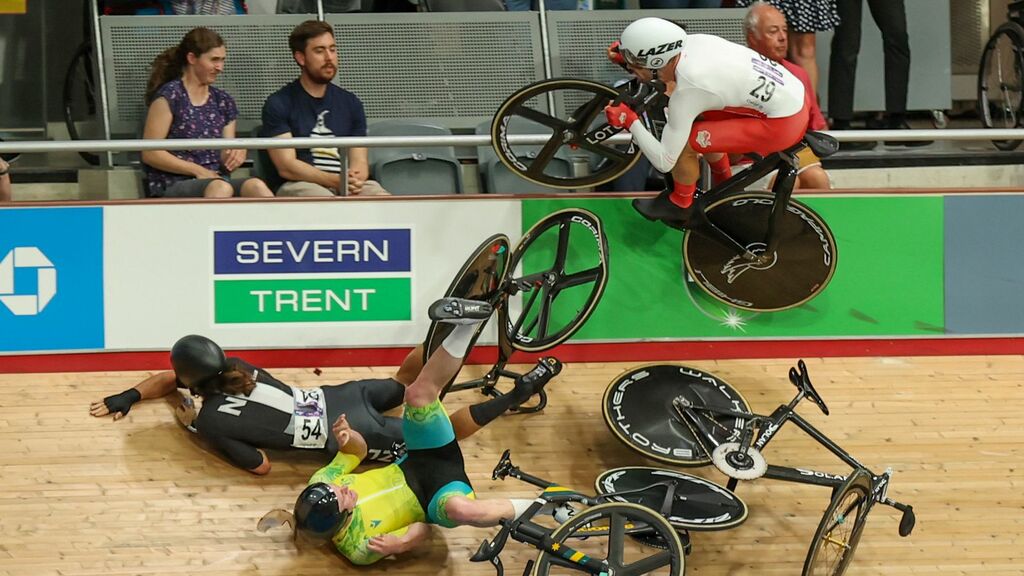