Euro 2022: England waking up as the champions of Europe after fairy-tale ending 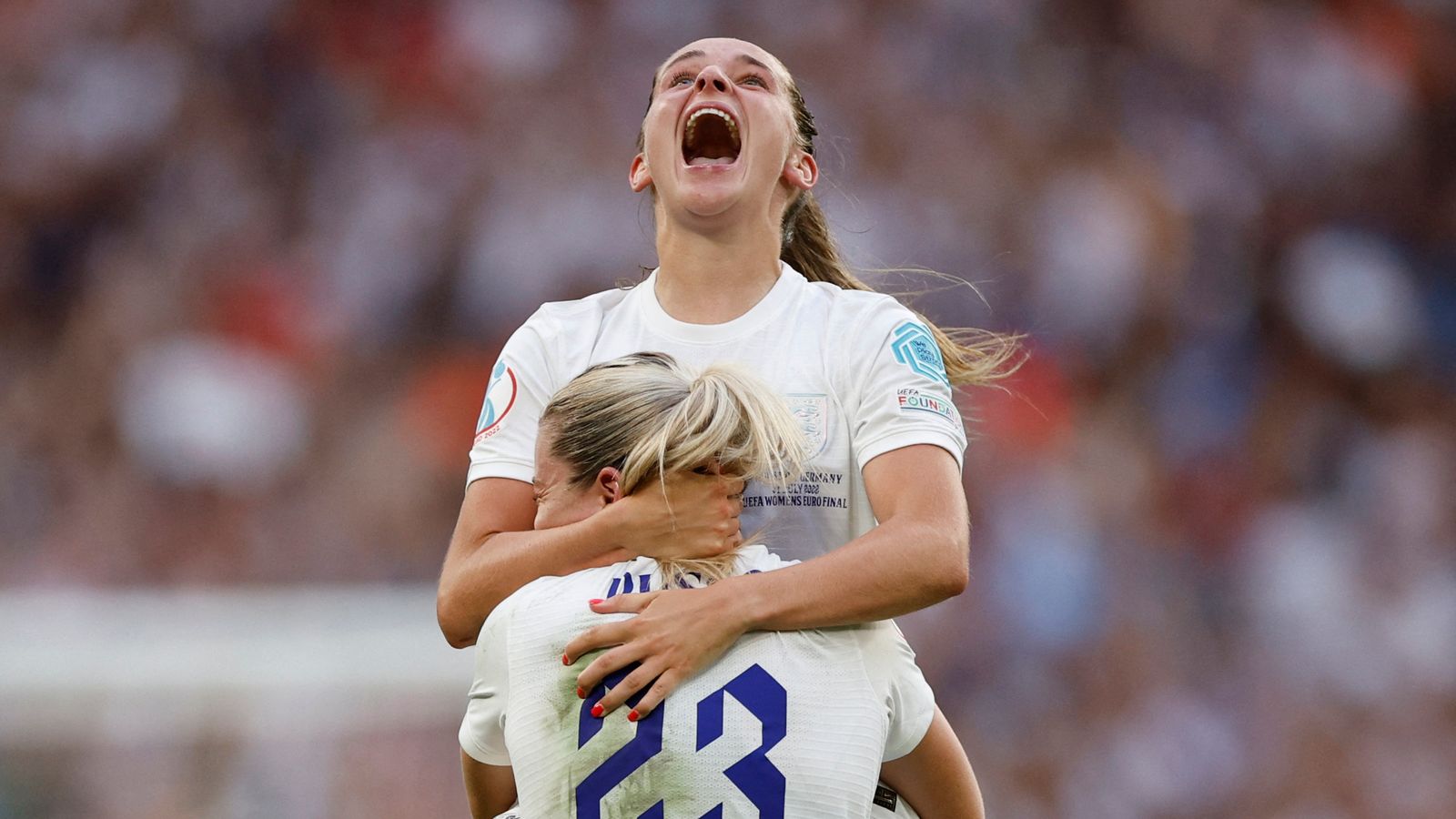 England are waking up as the champions of Europe after the Lionesses delivered the country’s first major trophy since 1966.

There were euphoric scenes nationwide last night after the squad beat Germany 2-1 in extra time – with 87,000 supporters at a packed-out Wembley Stadium cheering them on, not to mention millions more at home.

And later today, thousands of fans are set to join in the celebrations at an event in Trafalgar Square, where the team will take part in a live Q&A and lift the Euro 2022 trophy. 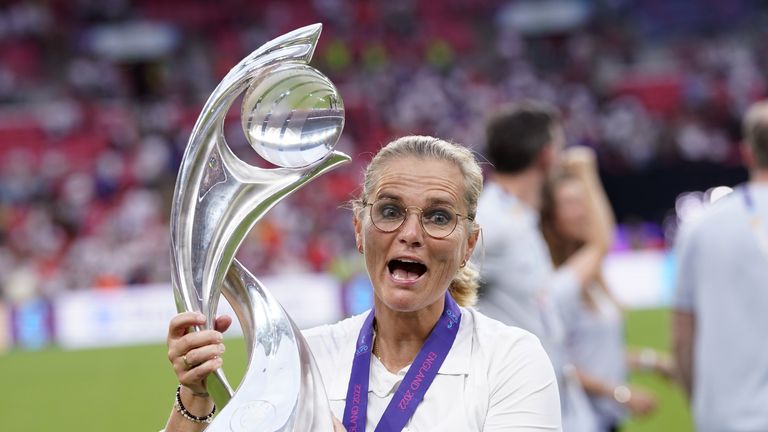 Sarina Wiegman has described the victory as an incredible achievement – and her players couldn’t resist storming into the press conference, singing “football’s coming home” at the top of their lungs and dancing on the table.

The England manager, who has won plaudits for her composure throughout the tournament, revealed she had a beer for the first time in years during the celebrations – and plans to take a little time off before beginning preparations for next year’s World Cup.

She thanked the nation for their support, and admitted: “I will need a couple of days to realise what we have done.”

It’s been a flawless journey for the Lionesses – and not only did they score the most goals ever in this tournament, but they only conceded two.

There’s now a firm belief that England’s fairy-tale ending could transform women’s football in the years to come – sparking renewed interest in the game among fans and players alike. 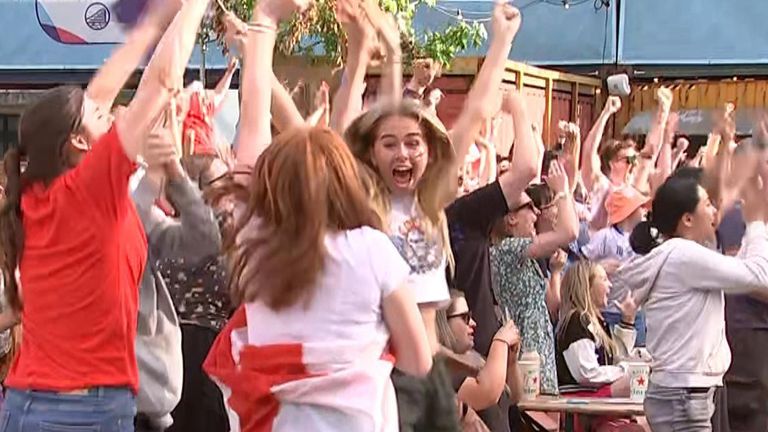 “I think these tournaments have done so much for the game but also for society and women in society in England but also across Europe and the world,” Wiegman added.

The Queen also highlighted the significance of the Lionesses’ achievement in a statement, telling the team: “Your success goes far beyond the trophy you have so deservedly earned. You have all set an example that will be an inspiration for girls and women today, and for future generations.

“It is my hope that you will be as proud of the impact you have had on your sport as you are of the result today.” 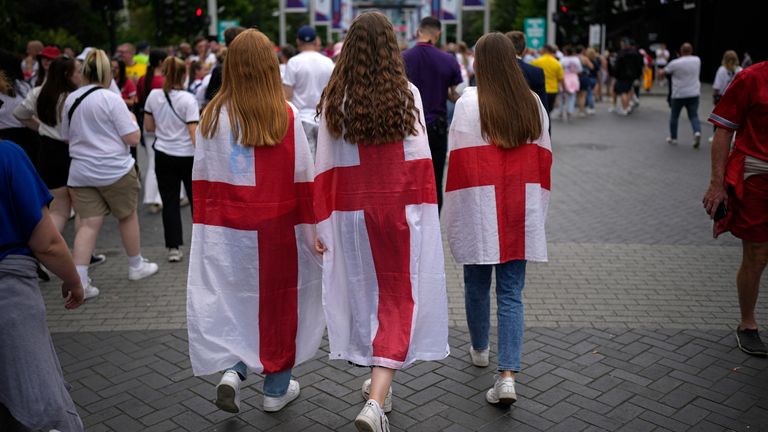 Sky’s Adele Robinson described the atmosphere at Wembley Stadium as electric, with one little girl spontaneously screaming: “It was amazing.”

And the girl’s father was in tears too, telling us: “I’ve been watching for the last 40 years and I’ve never seen England win a final. It means so much, it’s enormous. It’s why we wanted to make sure our daughter came and saw.”

The crowd was full of smiles and singing – with children wearing flags as capes. One teenager with “Lionesses” written on her midriff said England’s win felt “life-changing”.

One six-year-old with the England flag painted across her cheeks simply said: “Thank you, that was awesome.” 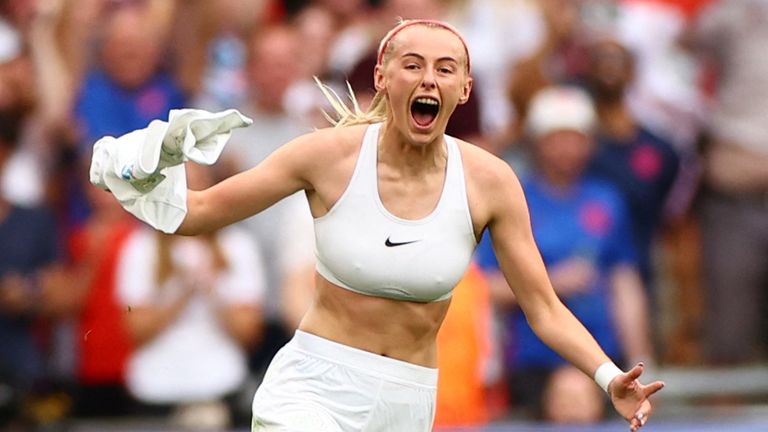 Ella Toone gave England the lead in the 62nd minute with a sublime lob after being sent through one-on-one with the German goalkeeper.

The Lionesses were unable to hold on as Germany’s Lina Magull scored a flick-on at the near post in the 79th minute.

But England prevailed in extra time as Chloe Kelly poked home from close range after Germany failed to clear a corner. 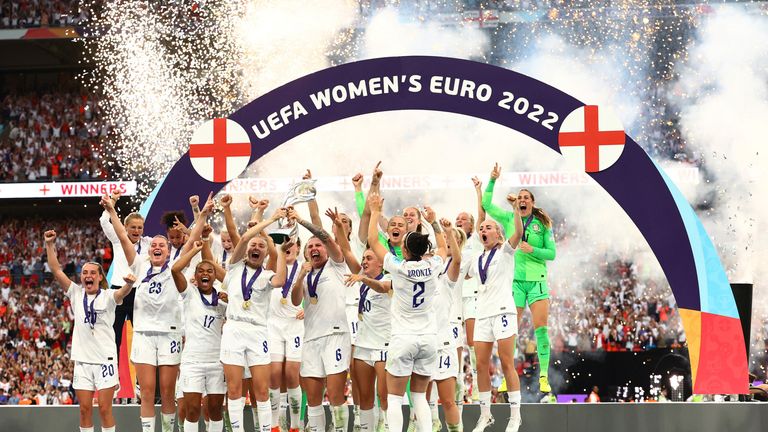 Beth Mead won the Golden Boot after finishing the tournament with six goals – 12 months after she was left out of Team GB’s Olympic squad for the Tokyo Games.

“I can’t believe it,” she said. “Sometimes football puts you down but bouncing back is the best way and that is what we have done.

Cost of living crisis: UK has done less to ease burden of high petrol prices than other nations in Europe, figures suggest