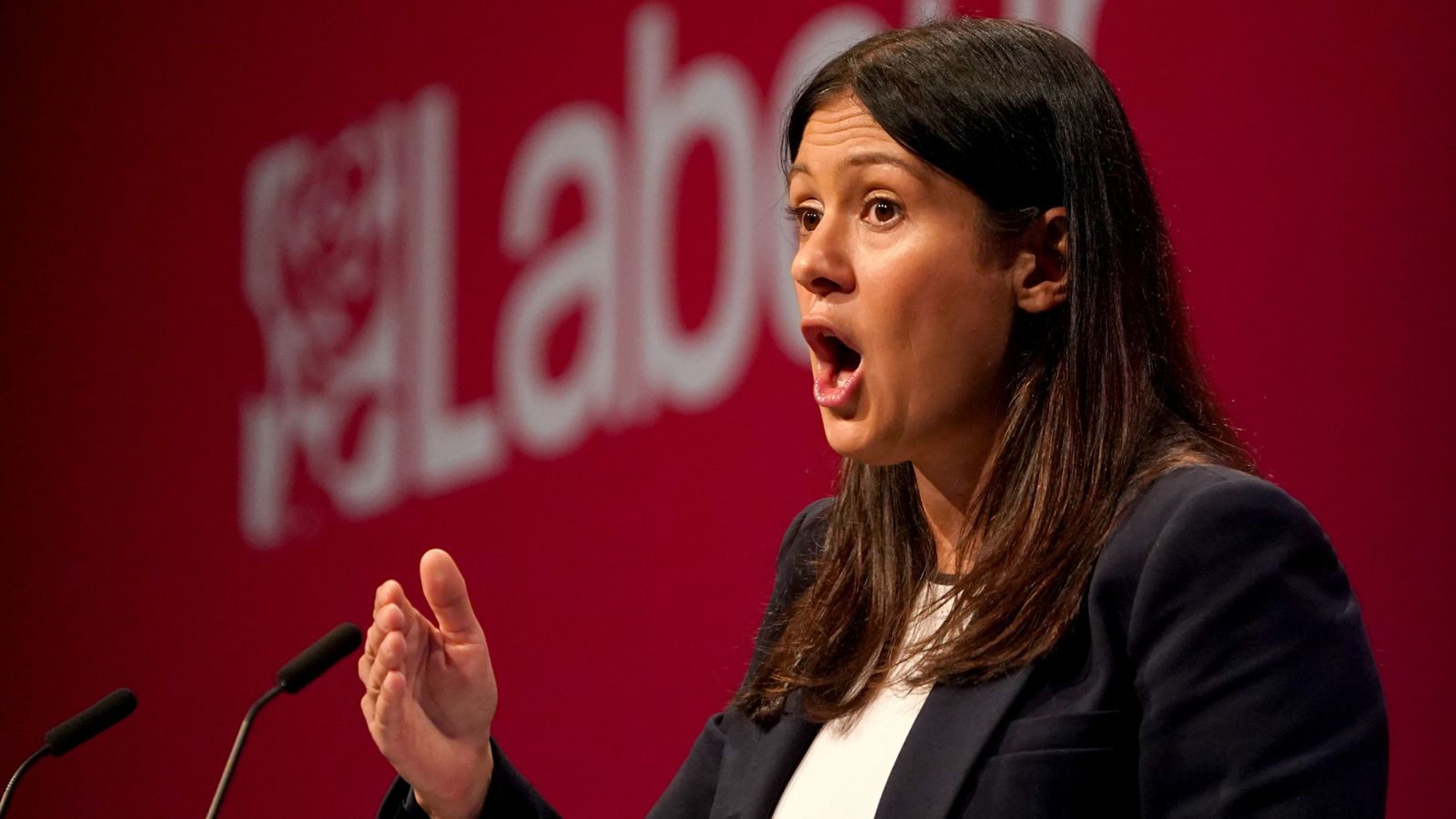 Labour’s Lisa Nandy has been pictured visiting striking workers on a picket line despite Sir Keir Starmer warning his frontbench MPs that they should not attend them.

The social media post read: “Thanks Lisa Nandy for taking the time to visit the @cwugmersey Wigan picket line this morning to speak to #TheCWU BT & Openreach members on strike and show solidarity.”

It came after Sir Keir said that Labour should move on from being a “party of protest” to one that can win the next upcoming election so that they can help workers and improve their rights.

Politics Hub: Truss wins significant backers, but Sunak insists it is all to play for

A person from Ms Nandy’s team said the Labour leader and his staff were aware she would be visiting the picket line in advance.

“She went down to show her support for people campaigning for better pay and conditions at a really tough time, as you’d expect,” they said.

“As Keir said in the Mirror piece yesterday, we support their right to do that, and what they need now is a Labour government so they don’t feel like they’re on their own when times are tough.”

The Labour leader has said he supports people’s right to strike, but is seeking to contain a row with unions and the left wing of his party over his decision to sack shadow transport minister Sam Tarry after he gave broadcast interviews from a picket line last week.

Sir Keir said he fired Mr Tarry as a shadow transport minister after he booked himself on to media programmes without permission and made up policy “on the hoof” in defiance of the party’s “collective responsibility”.

“This isn’t about appearing on a picket line. Members of the frontbench sign up to collective responsibility. That includes media appearances being approved and speaking to agreed frontbench positions,” a Labour spokesperson said at the time.

But the move was met with fury by Labour’s left wing and trade unions, with Sharon Graham, the general secretary of Unite, earlier saying she was “aghast” at Sir Keir’s approach to striking workers.

Ms Graham also called it an “insult to the trade union movement”.

The TSSA transport union also condemned the sacking, saying it was “ashamed” of the party.

Mr Tarry took to social media on Monday to share his approval of Ms Nandy attending a picket line in Wigan.

“Great to see Lisa Nandy on the picket line,” he said.

“Senior Labour politicians need to demonstrate loud and clear that our party is on the side of ordinary working people who are fighting back against this anti-worker government.”

2:01 A summer of strikes is proving to be a worry for the public, but also a headache for labour leader Sir Keir Starmer.