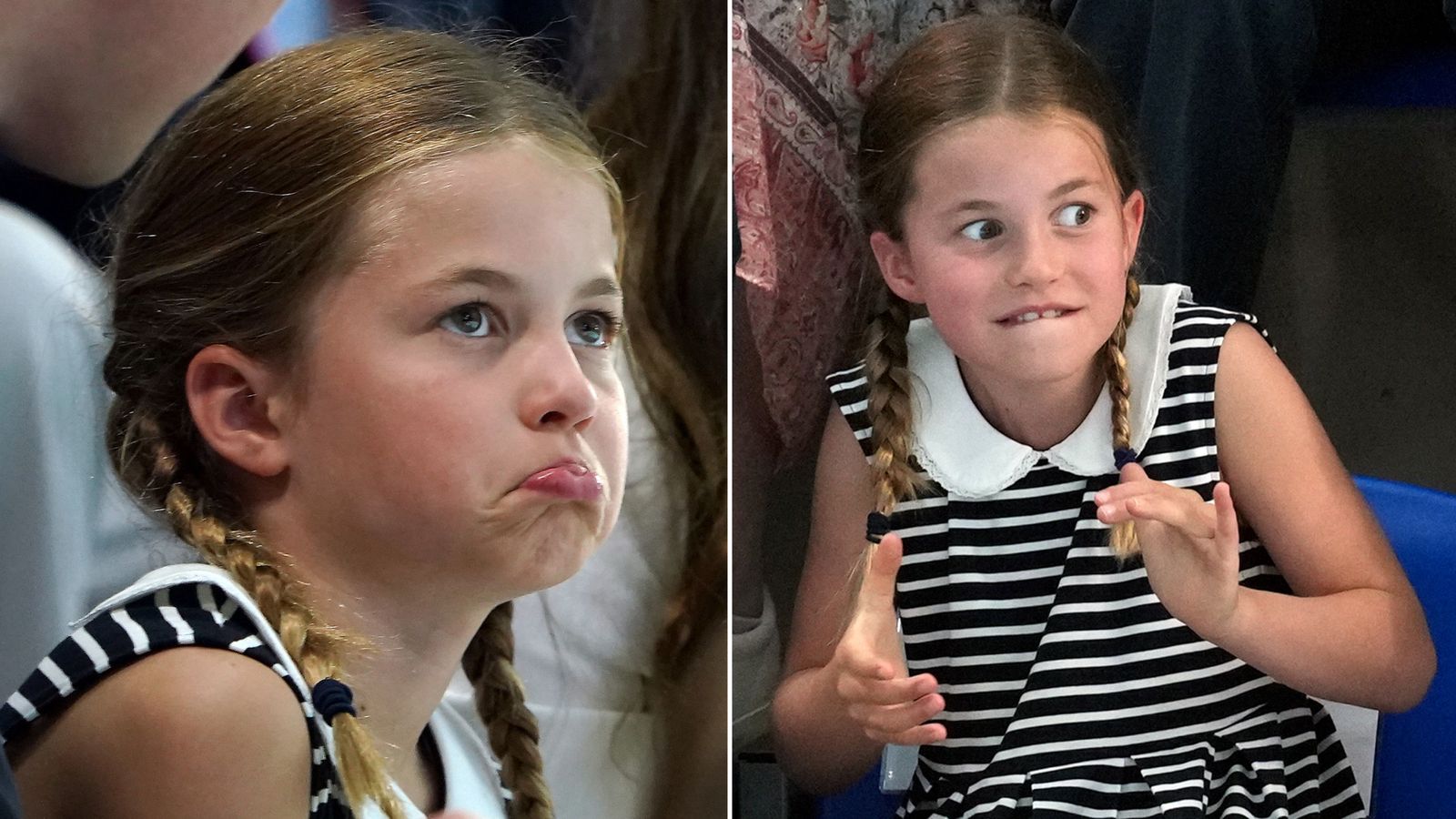 After Prince Louis garnered lots of attention with his display of eye-catching faces at the Queen’s Platinum Jubilee, older sister Charlotte has got in on the act at the Commonwealth Games.

The seven-year-old sat grinning with the Duke and Duchess of Cambridge as they began their day at the sporting spectacle by watching the swimming.

She was seen rolling her eyes following a comment from her father, as well as clapping and smiling with her thumbs up at the Sandwell Aquatics Centre in Birmingham.

The royals were cheering and applauding alongside the crowd for England 1,500m freestyle hopeful Luke Turley on day five of the Commonwealth Games. 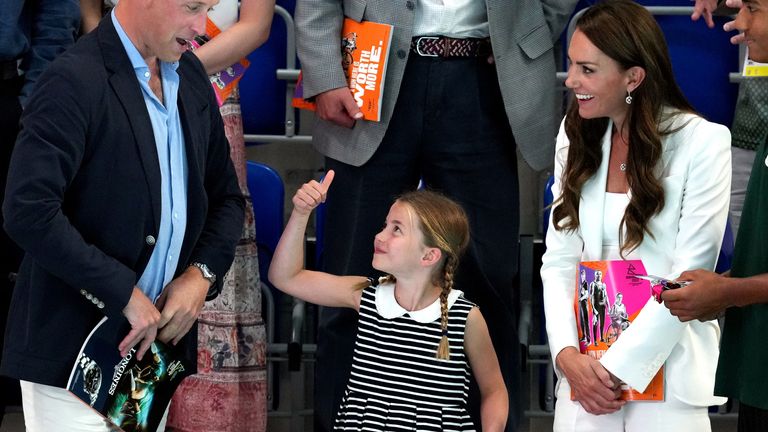 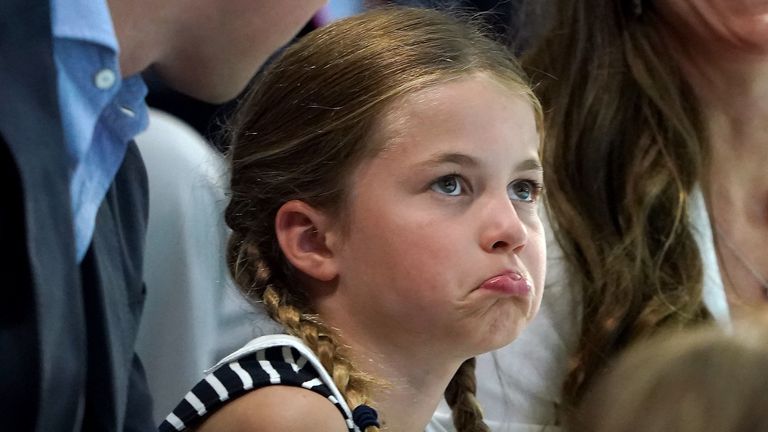 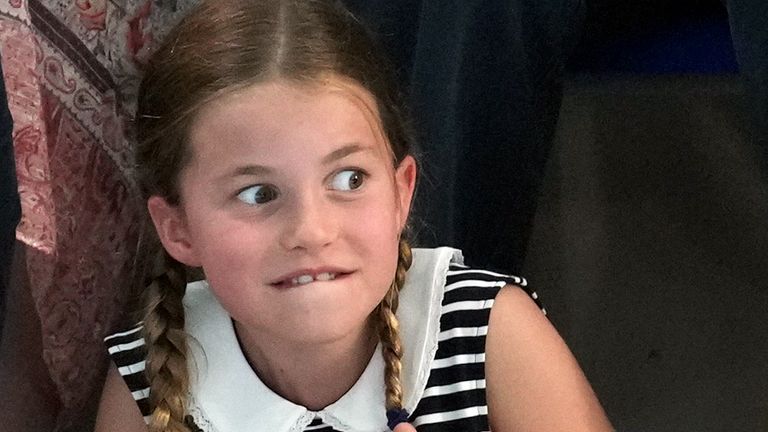 William and Kate arrived on Tuesday, shortly after the Earl and Countess of Wessex and their children, Lady Louise and James.

The Duchess of Cambridge, who was seen wearing a white blazer and trousers, embraced Prince Edward, Sophie, and their children before taking her seat next to Charlotte, who wore a black and white striped dress. 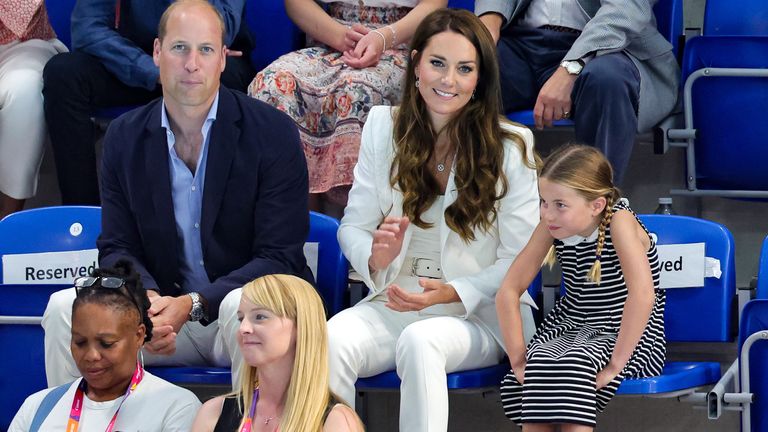 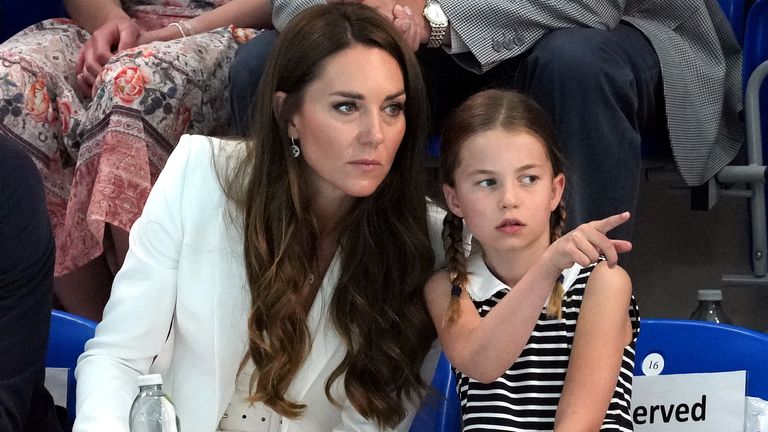 Image: The Earl and Countess of Wessex with their children Lady Louise Windsor and James, Viscount Severn

Before the duke and duchess’s arrival, Prince Edward, who is vice patron of the Commonwealth Games, shared a joke with former prime minister Theresa May as he entered Sandwell Aquatics Centre during the men’s 1,500m freestyle heats.

Princess Charlotte’s younger brother, Louis, entertained the crowd at the Queen’s Platinum Jubilee, pulling various faces on Buckingham Palace balcony during the flypast and at the Jubilee pageant.

‘This one will be epic’: Lionesses to host US women in friendly Wembley match in October