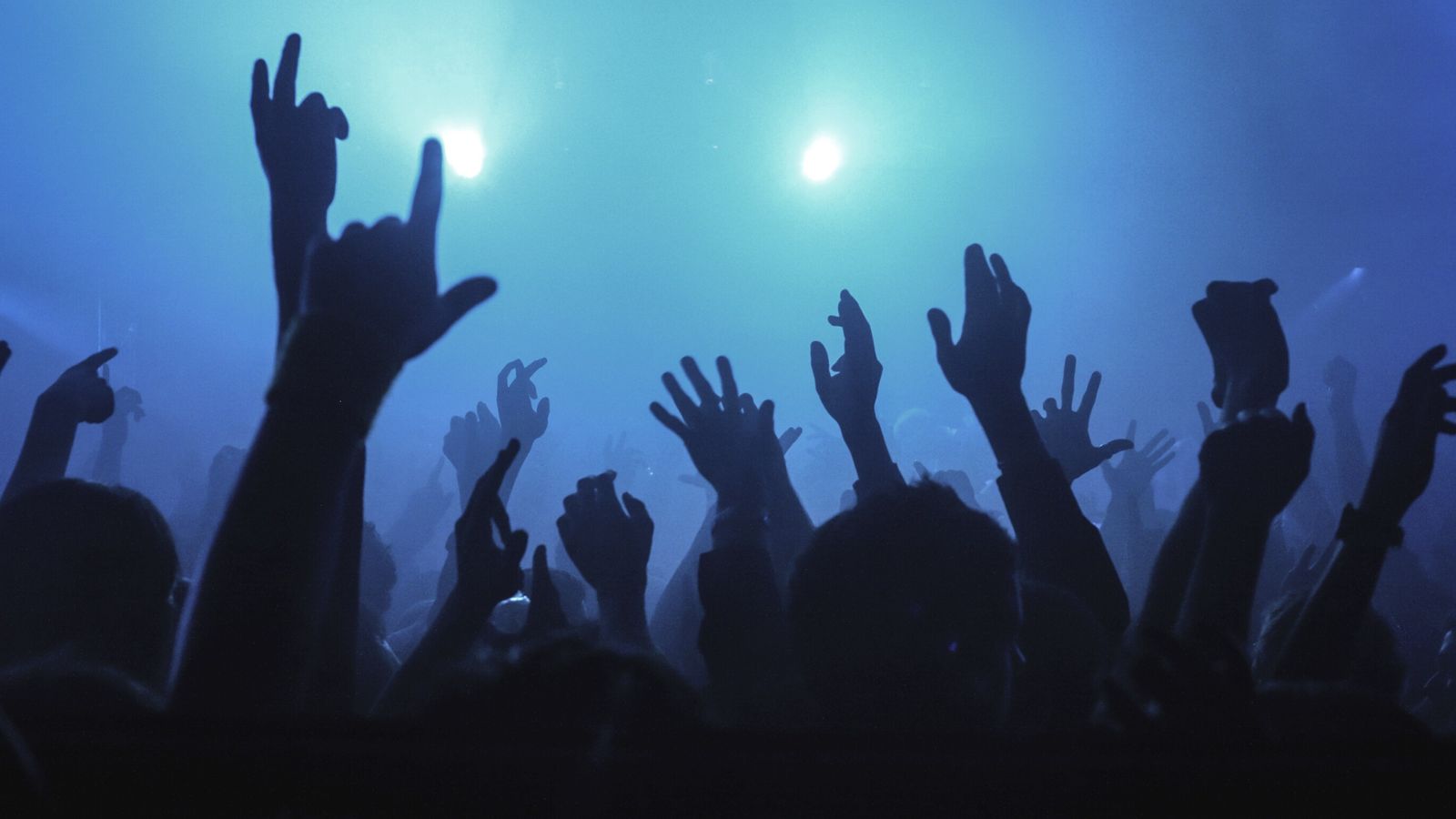 “I don’t wear hyper revealing outfits anymore…Or if I do, you can guarantee that I’m in a gay club.”

Despite spending over three decades working as a DJ, and even longer in the dance music scene, DJ Paulette tells Sky News her experience of sexual abuse at work has not only led her to modify her own behaviour but also to question her loyalty to the job.

DJ Paulette explains: “It’s hard to say it, but I’ve been sexually assaulted at work and I did report it, but nothing happened, and after then I changed… I stopped wearing skirts and I stopped wearing dresses. Just because I know that when I’m bending down on the decks, I’d have people taking pictures up my skirt. 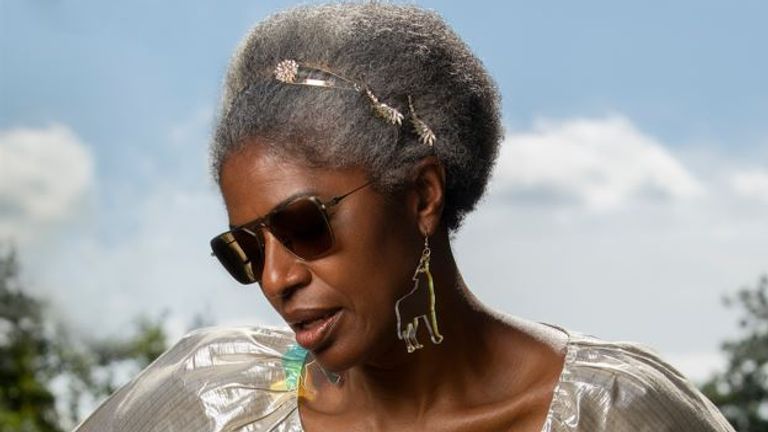 “There are certain people that I know have a gallery of pictures of my backside, which is just like, ‘You need to stop that. That’s illegal’.”

She has since put a clause in her rider (a set of requests supplied to the host venue ahead of a performance) that no one is allowed to go behind her while she’s on the decks.

She goes on: “It did make me think about giving up DJing and it’s like, ‘Why am I actually doing this? If people will treat me like this and think they’ve paid for more than just my DJing skills’.”

With such workplace abuse rife, it’s not surprising to find just 5% of music in the charts is from women and non-binary artists alone.

The Progressing Gender Representation in UK Dance Music report – published today – is the first to apply detailed qualitative and quantitative data to the multiple barriers and challenges faced by non-male artists in the dance music scene.

It highlights the many ways covert and overt discrimination manifests across live venues, festivals, radio airplay and record labels, as well as shining a light on the issue of safety in venues.

The study was spearheaded by radio presenter and DJ Jaguar, who was inspired to go into DJing after hearing broadcaster Annie Mac on a dance show on the radio.

Jaguar tells Sky News: “You can’t be what you can’t see. And if you look at the line-ups and you’re seeing these headliners and majority of the line-up is men, you’re not going to see yourself represented.

“And it’s the same as in hearing tracks on the radio or in streaming or in the charts [which are by non-male artists alone], which is 5% on the charts and 1% in radio, which is so small. As a radio presenter, that makes me very sad.

“And if you don’t see yourself in that space, you’re not going to think, ‘Oh, maybe I’ll learn to make house music or get some decks and I’ll learn to DJ’. What we found in the report is that people don’t feel safe or visible or welcomed.” 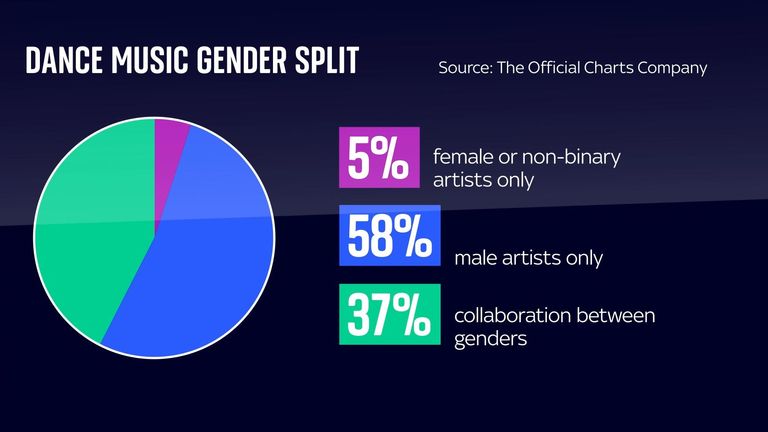 She also refers to the “boys club” culture long associated with the dance music scene, explaining: “A lot of this job is traveling around late at night on your own, often going to clubs and venues where people are intoxicated.

“You go to the green room before your set, and there’s often loads of people in their drinking and smoking.

“And sexual assault is rife in nightlife industry as well, and it’s something that really needs to be talked about more and regulated.”

The report highlights the many ways covert and overt discrimination manifests across the live industry and at festivals, to radio airplay, streaming and record labels.

The study analysed 22 festival line-ups from 2018-2022 (omitting 2020 due to the COVID pandemic). The gender split considerably favoured male artists, with the average percentage of female and no-binary acts comprising just 14% of the line-ups in 2018.

In 2021 this rose, but only to 21%. And despite the improvement, the report found that a set of artists were repeatedly booked across line-ups, varying year by year, and meaning a wider group of more diverse acts were not able to break through onto the scene. 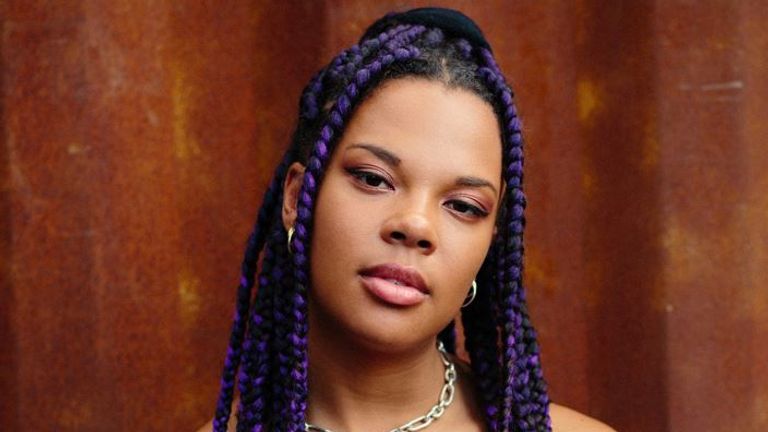 Image: DJ Jaguar has two initiatives to get female and non-binary artists involved in dance music

DJ Jaguar has two different initiatives, set up to try to combat such issues, and give new entrants a fighting chance of success.

Future1000 is a free online course for girls, trans and non-binary people aged between 12 and 18 to learn to DJ, make music and get a start in the industry. This year the scheme will open out to all ages.

She’s also launched the Jaguar Foundation which aims to make electronic music more accessible for all and which has overseen the release of the report.

One of the report’s lead authors, music journalist Nicola Davies, told Sky News: “The dance music industry obviously does not exist in a vacuum. It’s within the larger music industry, which is reflective of our wider society. To really make change, we have to work together with everyone…

“And it shouldn’t just be the marginalised people always shouting and banging the drum. It needs to be everyone.”

As dance music becomes more popular – increasing its share of listening for the first time in eight years according to the International Music Summit (IMS) – its diversity and gender representation is more important now than ever.

And with the industry worth $6 billion (£5 billion) globally as the world head back towards normality following the pandemic, there will only be more eyes – and ears – on the UK music scene going forward.

Heroin-related deaths growing across the UK