Online abuse: New study reveals which footballers are target of most abuse on Twitter 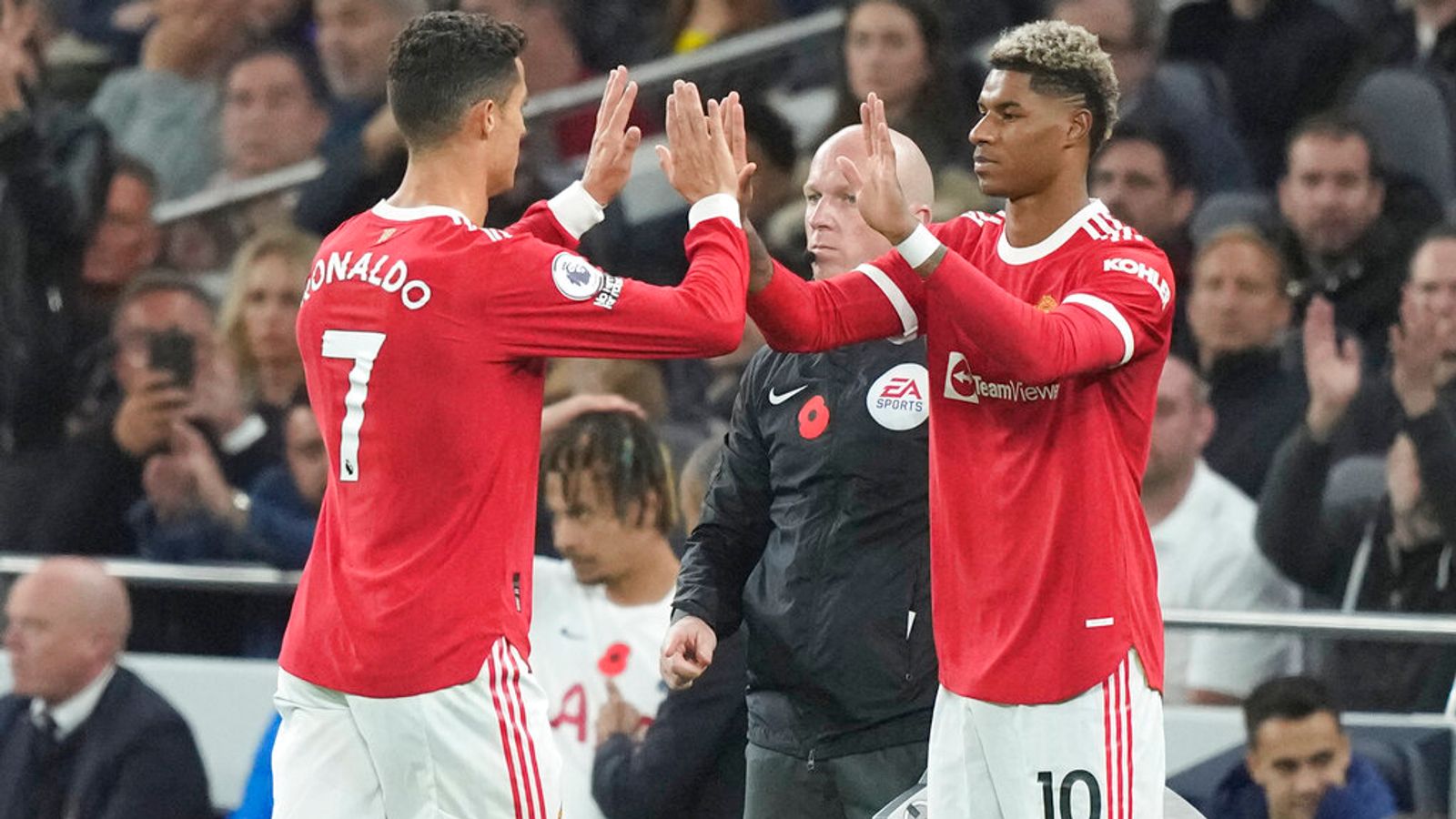 A new report has revealed the scale of abuse targeting Premier League footballers on Twitter amid concerns about racist and hostile messages on social media.

Research by Ofcom and the Alan Turing Institute has found that while the vast majority of tweets sent to footballers are positive, around 3.5% of them are abusive.

The study analysed more than 2.3 million tweets directed at Premier League players over the first five months of the 2021-22 season and found that almost 60,000 were abusive.

It also revealed that 418 of the 618 players analysed – two thirds – received at least one abusive tweet, with 8% of that abuse aimed at a protected characteristic such as their race or gender.

Some of the abuse was sent in the aftermath of the Euro 2020 finals – in which England lost the final on penalties to Italy – and where there was much discussion about the role that anonymous accounts played.

England manager Gareth Southgate said that much of the abuse was originating from abroad, although Twitter responded that “the UK was – by far – the largest country of origin” for racist abuse sent to England footballers.

The social media company added that 99% of the accounts which it suspended over the abuse were not anonymous, although it did not disclose how many accounts were suspended.

Who is receiving the abusive tweets?

Just a dozen players received half of all abusive tweets – and eight of the top ten were all Manchester United players, suggesting that the popularity of the club skews the statistics when considered just in terms of volume.

The research also consistently found a relationship between perceived underperformance on the pitch and abusive messages, prompting them to suggest that often the messages were intended to be criticism but had gone too far.

The player who received the most abuse as a percentage of all of the messages directed at him was Ciaran Clark, at 34.1%.

The defender for Newcastle United was sent off against Norwich City on 30 November 2021 and the study said that 78% of all of the abusive tweets he had received came on this day, most of them appearing to be from fans of his own club.

The tweets were “attacking his perceived poor performance, with many suggesting he should ‘get out’ of the club. A small number of tweets focused on his nationality,” found the study.

It added: “Otherwise, Ciaran Clark does not receive many tweets compared to other players.” 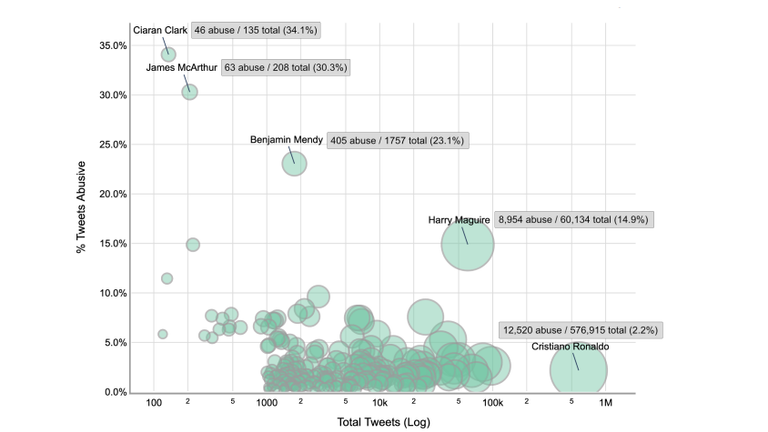 The next most abused player was Crystal Palace’s James McArthur, who was given a yellow card after stepping on the leg of Bukayo Saka. “Users who appear to be Arsenal fans used insults to refer to James McArthur,” the report said.

In comparison, Benjamin Mendy, a Manchester City defender who has been accused of eight offences against five different women, including seven counts of rape relating to four women, received 405 abusive messages.

These amounted to 23.1% of the total he received.

“The abusive tweets mostly conveyed anger and disgust at his alleged actions,” the study said.

Although Manchester United defender Harry Maguire received more abusive messages in terms of volume, these accounted for only 14.9% of messages targeting him.

Many of these messages were sent in response to an apology tweet he made following a defeat to Manchester City.

This dynamic of player popularity driving engagement was even more apparent for Cristiano Ronaldo, who received more abusive messages than anyone else with 12,520 but these only accounted for 2.2% of the 576,915 messages he received in total.

A spokesperson for Twitter said: “We are committed to combating abuse and as outlined in our Hateful Conduct Policy, we do not tolerate the abuse or harassment of people on the basis of race, ethnicity, gender, gender identity or sexual orientation.

“As acknowledged in the report, this type of research is only possible because our public API is open and accessible to all. However, our publicly accessible API does not take into account the range of safeguards we put in place, so this does not completely reflect the user experience.

“We have not been provided with the accounts, Tweets or dataset included in this report so we are unable to comment on these specifically,” they added.

“Today, more than 50% of violative content is surfaced by our automated systems, further reducing the burden on individuals to report abuse.

“While we have made recent strides in giving people greater control to manage their safety, we know there is still work to be done.

“This is a company-wide priority as our product, policy and engineering teams continue to work at scale and pace to build a healthier Twitter,” they added.