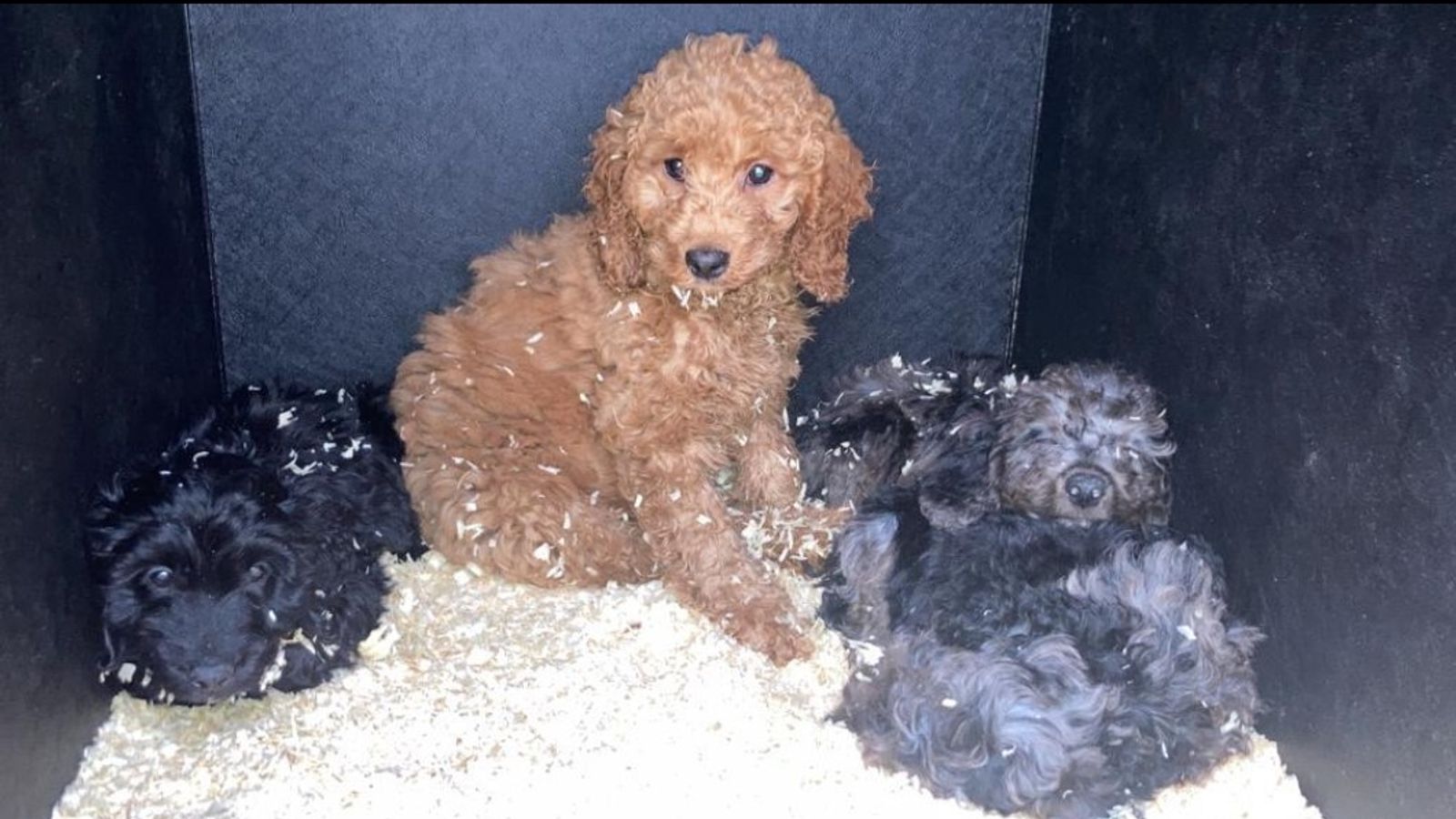 Dozens of illegally imported puppies have been seized in Northern Ireland as part of a police operation targeting animal smuggling.

A 44-year-old man has been arrested following the operation at Belfast harbour estate, with 57 puppies, three adult dogs and a cat recovered.

Police believe the animals may have been smuggled into Northern Ireland from the Republic of Ireland and were planned to be moved to England or Scotland to be sold.

PSNI Detective Inspector Conor Sweeney said: “The male was arrested on suspicion of a number of offences including fraud by false representation and possession of articles for use in fraud.

“A quantity of cash was also seized.

“He remains in custody, helping with ongoing enquiries.”

They are being examined by a vet. Image: A 44-year-old man has been arrested in connection with the seizures

Mr Sweeney added that, while most of the recent seizures have been related to illegal drugs, they are not the only items being traded illegally.

“Such groups will not discriminate when it comes to the commodity being smuggled – should that be drugs, cigarettes, people, or in this case, animals. 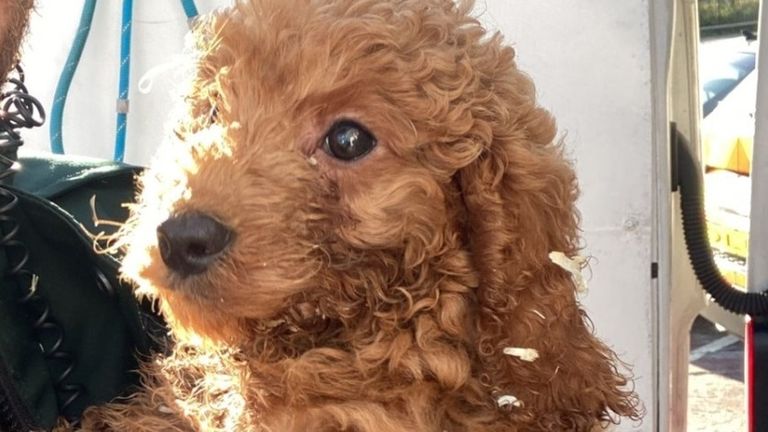 “I use the word commodity as this is how crime gangs view the people and animals they smuggle – as nothing but commodities which they can exploit to line their own pockets.

“Those involved in puppy smuggling do not care about the horrendous impact this type of criminal activity can have both on the animals and on the victims who innocently buy them as family pets.

“If anyone has information about any illegal activity, please contact police on 101.”