‘I’m for Rishi’ and a ‘regrettable’ vote for Liz Truss 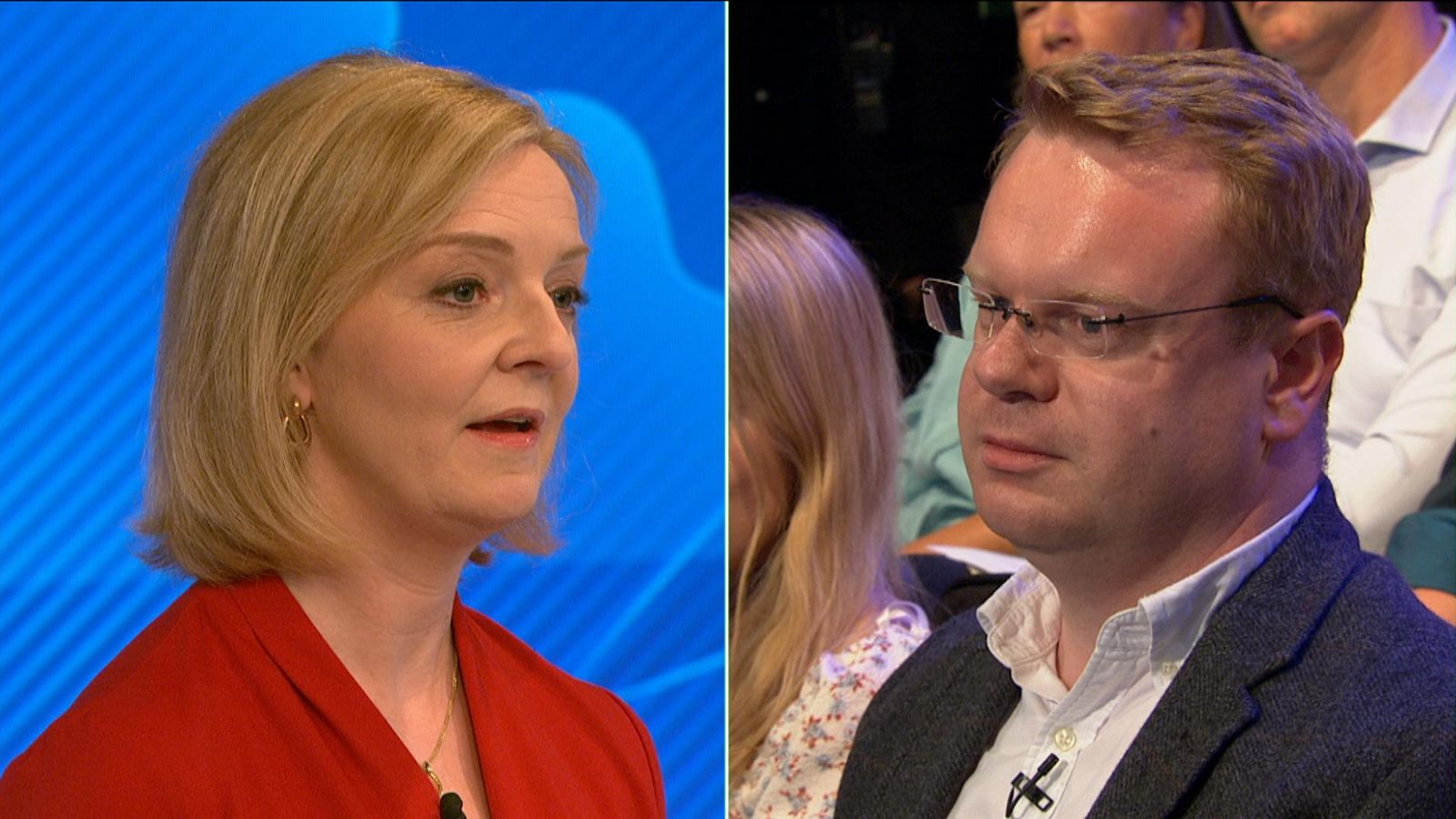 Liz Truss and Rishi Sunak may have been grilled by Kay Burley but it was the audience members who got first crack at each of the candidates during Sky News’ The Battle for Number 10.

Not only that, it will be those audience members – and their fellow Conservative Party members around the UK – who will get to choose the next prime minister.

So what did they think of the leadership contenders and their performances?

Tom Harding grilled Ms Truss on her since-abandoned plan to cut the pay of public sector workers living in poorer areas of Britain, saying that workers in his home city of Newcastle were less valued than those in Guildford, Surrey.

“That’s a mistake. Will you apologise because it was actually quite offensive?” he asked her during the programme. 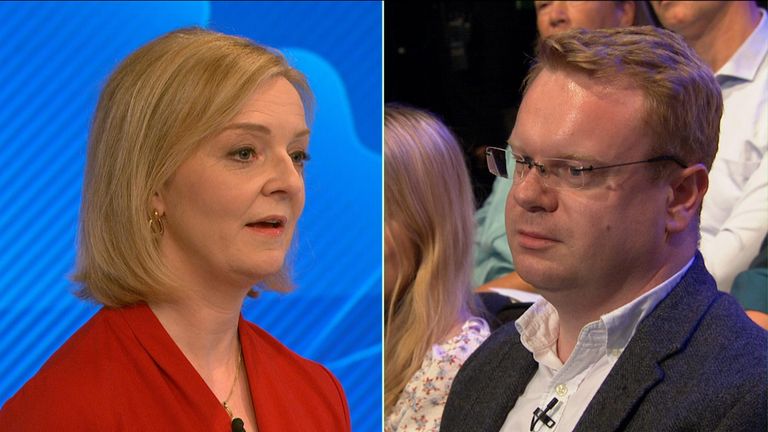 Ms Truss refused to apologise, repeating that the media had “misrepresented” the proposal and that she is “not going ahead with this policy because of the concerns that have been expressed”.

“I was on the fence and I wanted to ask this question to see if she really meant it and she didn’t answer,” he said.

“I am for Rishi. He got the big calls right.”

In a notable moment during the programme Mr Harding got into a slightly heated exchange with fellow audience member Nigel Sutcliffe over whether politicians should apologise for things they have previously said. 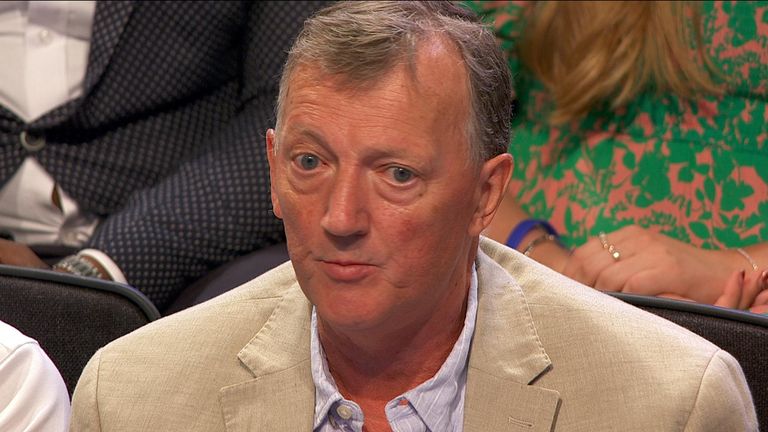 Image: Nigel Sutcliffe got into an exchange with fellow audience member Tom Harding

Mr Sutcliffe, from Fleet in Hampshire, told the programme: “I hate this apologise for everything that you might have said, I just really don’t understand it.

“It really doesn’t sit well with me.”

Speaking to Sky News afterwards, he threw his support behind Ms Truss who he said was “more believable” and an “honest person”.

Anna McGovern, 21, from Oxford, said she thought Mr Sunak performed better but his higher taxes policy compared to his rival meant her vote would be going to Ms Truss.

“I don’t trust that he would fully support businesses. For example my family run a small construction company and he’s actually raised corporation tax at an even higher scale that Jeremy Corbyn had campaigned to,” she said.

“These are people’s livelihoods and they have to work really hard to get every penny they get and when you raise it to such a high scale it really destroys the lives of families.

“Although I do have questions for Liz Truss and her leadership competency, at least she is making a promise to cut taxes a lot more fervently than Rishi Sunak is.”

Asked if this meant Ms Truss had her vote, she replied: “Regrettably, yes.” 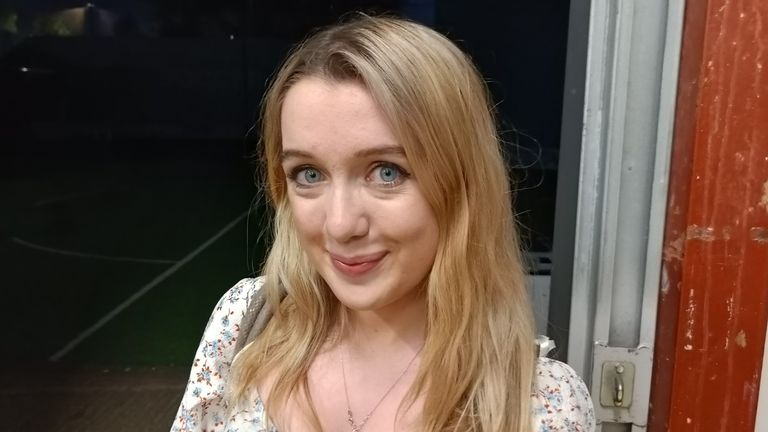 Image: Anna McGovern said her family’s company was among those affected by high corporation tax

“I believe in a politician that takes a risk that is right,” Alexander Bieltein, 51, from Richmond, southwest London, said.

Mr Bieltein said he was sure going into the debate that he would vote for Mr Sunak, and felt the same afterwards.

“He explained things quite clearly, he’s gonna be much more honest,” he said.

Student Max Archer, 24, from southwest London, said he remains “unconvinced” by the candidates.

He told Sky News: “I think it’s just a lot of rhetoric and there is a lack of detail and finesse of addressing the real issues.

“It’s just soundbites the whole evening and there’s no focus on actual policy.

“We need detail they have got to outline their policies, and they haven’t done that.”