Rishi Sunak was deemed to have won Sky News’ Battle for Number 10 after the majority of audience members voted for him over rival Liz Truss.

After the pair put forward their arguments for why they should replace Boris Johnson as Tory leader, and therefore prime minister, the audience members were asked who they thought had won the argument.

The audience, made up of Conservative Party members, convincingly backed former chancellor Mr Sunak in a show of hands, rather than Ms Truss. 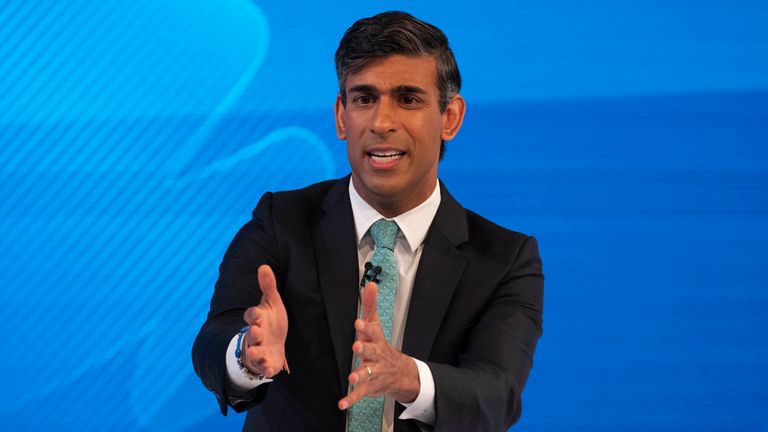 The foreign secretary has been winning polls since the battle was whittled down to two, with the last polls putting her around 32 percentage points ahead of Mr Sunak among Tory members.

Ms Truss put herself forward as the candidate of integrity, repeatedly saying she will always listen to people and will do something different if a policy is not working.

She said a recession is “not inevitable”, hours after interest rates were hiked, and promised “bold” action compared with Mr Sunak’s caution.

However, Mr Sunak said Ms Truss’s vision “will make the situation worse” as he reminded audience members of his financial actions to help people during the COVID pandemic.

Image: The majority of audience members voted for Rishi Sunak

He stressed a need to get a grip on runaway inflation before cutting taxes, adding: “But it all starts with not making the situation worse.

“Because if we just put fuel on the fire of this inflation spiral, all of us, all of you, are just going to end up with higher mortgage rates, savings and pensions that are eaten away, and misery for millions.” 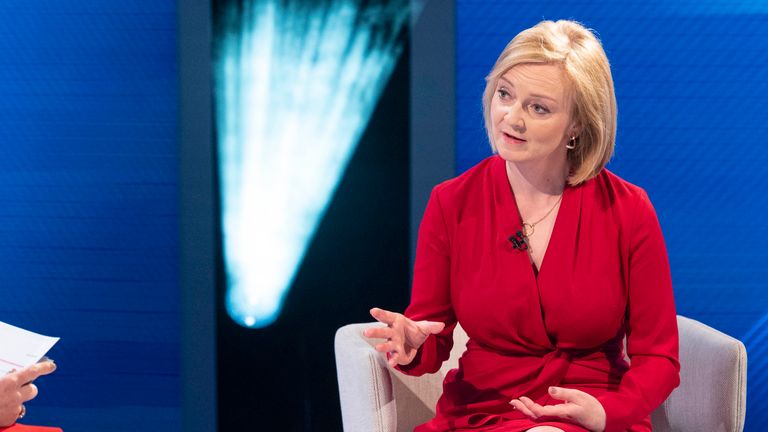 Ms Truss reiterated her promise to immediately reverse the national insurance increase that Mr Sunak brought in, as well as cut other taxes to prevent the job losses of a recession.

“What the Bank of England have said today is of course extremely worrying, but it is not inevitable,” she said.

“We can change the outcome and we can make it more likely that the economy grows.

“Now is the time to be bold, because if we don’t act now, we are headed for very, very difficult times.”

But Mr Sunak is putting up a fight, and when asked if he would concede the fight at any point, he said: “The quick answer is no, and that’s because I’m fighting for something I really believe in and I’m taking my ideas around the country.

“I’m going to fight incredibly hard ’til the last day of this campaign for each and every one of your votes.

“The stakes are really high.”

‘I’m for Rishi’ and a ‘regrettable’ vote for Liz Truss